Baseball Without Borders – The Chronicle Herald 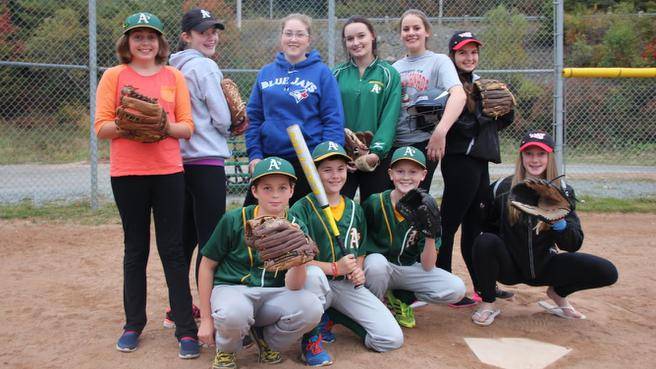 Local baseball players are returning to Cuba for the 2015 Canada – Cuba Goodwill Tour in February, but this year, girls will join the boys as ambassadors of the Nova Scotia baseball community.

“It’s about encouraging other kids down there, girls in particular, that baseball’s a great sport and there’s great opportunities with it,” says Mike Crawford, head coach of Hammonds Plains 11U “A” team.

But it’s not all about baseball. More than 200 players travelling to Cuba throughout the month of Feb. will have the opportunity to visit the local school in Matanzas, play baseball with local children and deliver school and baseball supplies.

“We’ll probably be contributing more than $60,000 worth of gear to Matanzas baseball program this year with all the teams that are going,” says Dennis Woodworth, the program development team lead. Only 40 mins. from the resort village of Varadero, Woodworth says Matanzas is a huge baseball community and provides a safe environment for the players.

“Every team goes for a week and they play four-to-five games. We do a school visit every week and our goal is to donate between $4,000 and $5,000 in school supplies,” says Woodworth, who’s been coaching ball since 1987.

Woodworth coordinates the trips from beginning to end and says the idea was sparked in Varadero three years ago when he was given an opportunity to play ball with other baseball enthusiasts, but wanted to take it a step further.

“It’s a great opportunity to involve the Atlantic community and kids to play baseball in the winter, but also to have a fantastic impact on their community by being humanitarians providing equipment, and also teaching our kids in Atlantic Canada how very fortunate they are to live in the country they live in. It was a double win,” says Woodworth.

There are nine teams participating in the tour, including three girls teams. “It’s not as prevalent for girls to be playing down there, which I find a little unusual … there’s softball, but not baseball,” says Holly Lapierre, chair of Canada Girls Baseball Committee. With 165 players in the province, Lapierre says other provinces look to Nova Scotia as paving the way for girls in the sport.

“The Blue Jays, our national team, are recognizing the importance of girls in the sport and that’s why they’re having girls day in baseball,” and getting the girls involved in the tour will only help encourage more girls to take-up the game, says Lapierre.

“Nova Scotia is looked on as being one of leaders in girls baseball in Canada, I wanted to use that as a catalyst to help girls in Cuba have the opportunity to play baseball themselves on their own teams,” says Woodworth.

“I’m looking forward to helping raise awareness for girls sports and learning about what they do down there,” says 13U baseball player Rachel Crawford.

Erin Cowan says her family has been collecting gear to bring to the Cuban children. “We have two garbage bags of gloves, 50 bats and 64 pairs of cleats,” says Cowan.

“When we were looking at the teams, we wanted kids who could play ball, but not the best ball players. They need to be comfortable getting out there being representatives, but also being ambassadors for the game,” says Crawford, a coach for seven years.

Participants for the tour were chosen who’ve contributed positively as leaders in their communities, as well as those who volunteer their time keeping score, umpiring or raising money for the associations, says Woodworth.

“I’m proud to be going to help the kids in Cuba who aren’t fortunate enough to have what we have here in Canada, and to play the sport I love,” says 11-year-old Kyle Hunt.

Trenholm is a “cool, calm” pitcher, known for his supportive encouragement of other teammates. He says the tour is a chance to see how lucky he really is and his mom says she’s proud he’s involved. “We’re bringing school supplies and baseball equipment … that’s their release, playing baseball,” says Helena Trenholm.