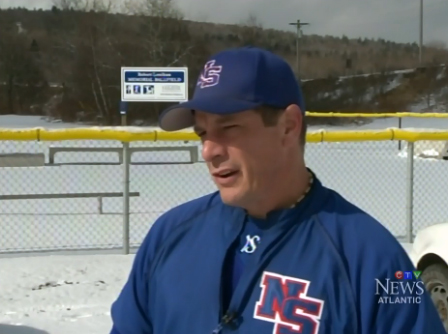 When baseball coach Dennis Woodworth returned from a trip to Cuba two years ago, he came up with the idea for the Nova Scotia – Cuba Goodwill Tour, in which almost three dozen children from the Maritimes would fly to Cuba to compete, learn and make friends.

When CTV News spoke to Woodworth in October, he was very clear on what he wanted the players to take away from the trip.

“To understand how fortunate they are to live where they live in Canada and also, to learn from them how the game is played in a different country,” said Woodworth.

Four months later, the players and their coach have returned from their trip. They say the Nova Scotia – Cuba Good Will Tour was a home run.

The tour consisted of visits to two schools, ten games of baseball and donating equipment and uniforms to kids in Cuba. The teams raised over $15,000 and put the money to good use.

“Bats, helmets, brand new catcher’s gear, you name it. This group brought 12 full hockey bags, as big as we could get and as much as we could pack in,” says Woodworth.

Woodworth and the players spent their time in Cuba in a small city, located about halfway between Havana and the resort town of Varadero.

“There were certain gloves that had holes in the pockets, or the thumbs weren’t even attached, but they still used them,” says Joey Hagen of the Dartmouth Arrows.

“The bases were just like bags and folded up carpet,” says Katie Hagen of the Dartmouth Arrows. “It felt really good to hand them a bat and see their eyes light up. It was really cool.”

Hogan Ingram of Armbrae Academy won a $2,000 humanitarian award at his school and raised roughly another $2,000 on his own.

“One of the most impactful things I did for the trip was going to buy the equipment, because I was just picturing the faces I would see when I was giving it away down there,” says Ingram.

The players and coaches in Matanzas were overwhelmed.

“They’ve never had a project or initiative like this in the community that focused on improving their situation,” says Woodworth.

One of the highlights of everyone’s trip was when they took 40 Cuban kids back with them for a day at the resort.

“And these kids that came to the resort have never seen a resort in their lives. They live 45 minutes away and have never seen inside the gates of a resort,” says Woodworth.

“They came to the buffet and they just piled their plates high,” says Peter MacKay of the Dartmouth Arrows.

A date has already been set for next year’s Nova Scotia – Cuba Goodwill Trip, which includes plans to bring a girls team. The next stage of developments also includes bringing a Cuban team to the Maritimes in the summer of 2015.