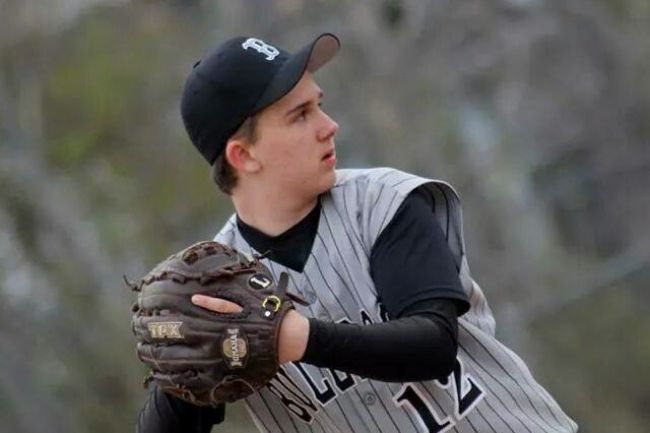 Ryan Hardy has been selected to take part in the 2015 Canada-Cuba Goodwill Tour.
Eric Bourque photo

SHELBURNE – The 2015 Canada-Cuba Goodwill Tour organizers have selected Shelburne Baseball player Ryan Hardy to be part of this year’s tour.

Seventeen (13U) and (15U) high performance players have been selected to take part in this event.  These players were selected not only for their baseball abilities but also for their love of the game and attitude of commitment and sportsmanship.

Ryan has been playing baseball since he four years old and loved the sport from the first time he stepped on the field. He would have his father David Hardy and Uncle Jerry Peterson take him to the Ohio field all the time to practice, he has had the opportunity of having many coaches to help him along the way playing baseball out of Shelburne on house league teams as well as AA teams.  Darren Jacklin and Andrew Holland have played a big role to date.  This year, Ryan tried out for the 15U Nova Scotia team and made the core team of 37.

He also decided this year to try out for the 15U AAA team out of Bridgewater which he also succeeded in doing. He has learned much over the summer from his Head Coach Dennis Woodworth, Pitching Coaches Larry Hood and Christopher Zinck, Batting Coach Doug Jones and Infield Coach Julio Fernandez.

Players will play 10 games against Cuban teams over their seven-day stay. The players will also visit the schools and homes of the players from Cuba to get a chance to experience the Cuban culture.

The goal of the Canada-Cuba Goodwill Tour is to give Canadians a life-teaming experience that includes taking much needed baseball equipment to athletes in countries who are gifted but do not have an availability of equipment.

Players will be fundraising for both monetary donations for the cost of the trip as well as baseball equipment, clothing and school supplies to bring to Cuba as donations to the players there.

The Canada-Cuba Goodwill Tour starts on Jan. 31. Teams will be staying in Varadero, Cuba and playing the majority of baseball in Matanzas, Cuba. More information about the tour is available online at www.caribbeanbaseballgoodwilltours.com.